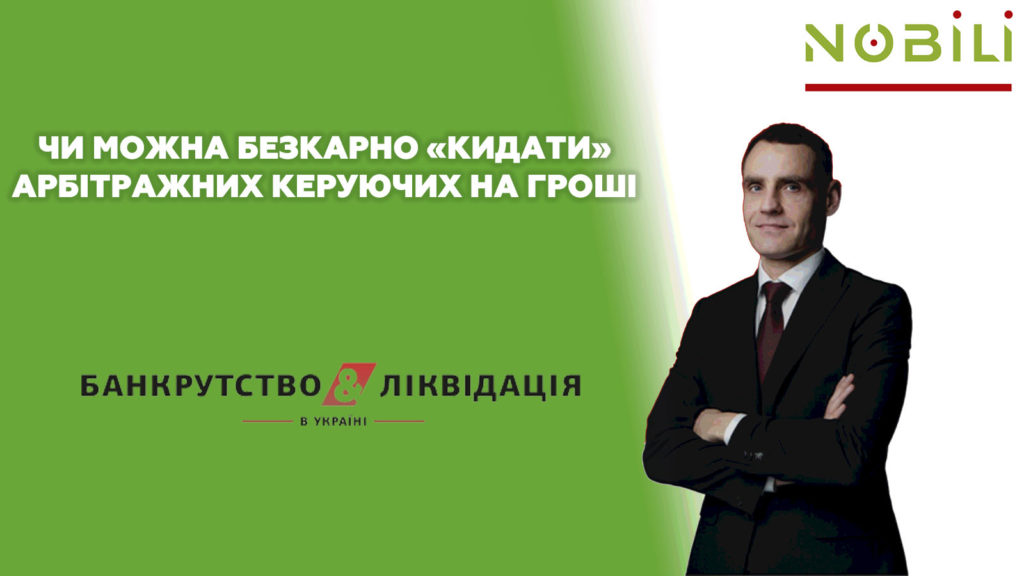 Lawyer Vyacheslav Zyoma specifically told the Bankruptcy and Liquidation information portal about a case in which he fights for the rights of an arbitration administrator, who was denied payment for an incredibly large amount of work on a case that lasted 5 years

This whole story began with debt. This is not a new situation, but it happened as it happened. One company was going to rent a car dealership from another. At some stage, it did not work out and the question of a refund was raised. And the landlord decided to act on the principle that only cowards repay debts. It is necessary to clarify right away that the situation is not hypothetical, but based entirely on actual events.
The tenant expectedly went to court with a lawsuit, hoping to judicially return the transferred money. At a certain stage, understanding the inevitability of a court decision. The founders of the enterprise decide to get rid of all the assets of the enterprise by re-registering them with another legal entity. In order to avoid subsequent liability, all corporate rights of the enterprise participants were reissued to a person who had just been released from prison. Which was simultaneously appointed by the director of this enterprise. 3 days after this person acquired corporate rights, he enters into a contract of sale of the premises, which should have been leased. This was the only asset of the enterprise, losing which the company lost the ability to pay off debts to creditors. The funds that were credited for the sale of this property were immediately transferred to the personal accounts of the primary participants of the company.

Subsequently, the Commercial Court of Kiev, having examined the case on July 9, 2015, upheld the claim by fully recovering the advance payment, funds and penalties paid under the lease agreement (case No. to the right No. 910/14829/15 of the decision of the ЄDRSR). The lawsuit of another company, the creditor, to recover funds for failure to fulfill obligations on the same premises was also satisfied (court decision of the Commercial Court of Kiev dated November 27, 2015 in the EGRSR). Thus, the former founders of this enterprise were sure that they had deceived everyone and that they would not have to repay debts.
But, not stopping at this, the deceived tenant decided to fight further for the return of his funds. As a result, bankruptcy proceedings were opened. The court appoints an experienced arbitration manager. Due to the timely request for information from the tax and banks, she learns about the single asset sale and purchase transaction. Because in time it requires information from the tax and banks about the activities of the enterprise.
As a result, the court invalidates the concluded contract of purchase and sale of real estate with a third party and raises the question of returning the property to the liquidation mass in order to reimburse all claims of creditors at its expense. For their part, the founders of the landlord begin a five-year saga of judicial appeals and protracted cases. Their goal is to avoid paying debts at all costs. Five years of struggle. And all this time, the arbitration manager took an active part in the consideration of this case, carried out in full its many responsibilities during all the procedures – from the opening of the proceedings, disposal and liquidation.

At the same time, the original founders of the lessor did not disdain anything – they provided fake certificates to the court, filed groundless complaints against the arbitration manager, appealed all decisions – even those that are not subject to appeal. Only the Ministry of Justice of Ukraine twice checked its actions in the framework of one case and confirmed their compliance.
And as the crown of all efforts, and some luck, the founders of the landlord, realizing that they could lose the premises worth about 20 million hryvnias, decide to pay the debts to all the creditors in the case. Sounds good, right?
However, the actual debtor can no longer personally repay debts to creditors by law. Therefore, all funds are paid on behalf of the former prematurely released convict who became the sole founder and director of the enterprise. And here would open a bottle of champagne and drink for the successful completion of the case and the happy creditors who returned their money … but no! The debtor cannot resist the revenge of the one who actually forced him to pay off all his debts – the arbitration manager in the case. How? He does not pay remuneration for the work of the arbitration manager. Because for five years there has accumulated a fairly large amount of remuneration.
Due to this greed, the trial continued. And already, the Commercial Court of Kiev makes such an unreasonable and unlawful decision to close the proceedings (the Commercial Court of Kiev decree dated 11.11.2019 in the case No. 910/12809/16, Judge A. Yakovenko) criminal proceedings under art. 375 of the Criminal Code of Ukraine – the adoption of an unjust judicial decision. The arbitration manager disputes the odious decision. And the appellate court on its complaint expectedly cancels it. And then to the trouble, and the second possible lender announced the collection of his debt in bankruptcy proceedings. Once again, stakes have become high. But the founders of the landlord initiate appeal of the court decision in the cassation instance. Obviously considering that agreeing in court would be cheaper than paying remuneration to the arbitration manager and the second possible tenant.

One of the fundamental reasons for canceling an unlawful decision of the first instance is not to pay remuneration to the arbitration manager.
Does the arbitration manager, who has been conducting bankruptcy proceedings for 5 years, have the right to receive remuneration, invests his own funds to ensure the continuity of the process, and pays a whole bunch of related costs. The law says yes. The first court – considers no, contrary to the law, and now the GBR is engaged in this. Appeal – in its Resolution of January 28, 2020, it satisfies the appeal of the arbitration manager and cancels the decision of the first instance (link to this decision in the Unified State Register of Social Development: http://reyestr.court.gov.ua/Review/87418010) . Now the decision is up to the cassation. May 13 should be the end of this long-term “blockbuster” and created the most important judicial precedent for the entire “bankrupt” market of Ukraine. Indeed, on May 13, the cassation will decide – it is possible to “throw” arbitration managers with money with impunity without paying them remuneration for the work.
In just a week, the entire professional community of arbitration managers will know the answer – what awaits them in the future: honest work and receiving remuneration or great chances of not getting a dime for their work. Waiting for answers is not long. The court session will be held May 13, 2020 in the Court of Cassation as part of the Supreme Court of Ukraine Case No. 910/12809/16 panel of judges: Ogorodnik K.M., Banasko A.A., Tkachenko N.G.
Roles were performed by the lessor (aka bankrupt) – LLC Basis-Avto;
The original founders are Stefanishin Andrey Nikolaevich, Shamray Dmitry Yuryevich.
Recently, the parole and new founder and director of LLC Bazis-Avto – Minich Arthur Viktorovich;
Arbitration Manager – Tishchenko N.P .;
Lessee – Europa-Auto LLC;
Creditor – Niko Auto Invest LLC;
The third party to whom the main asset was sold is OOO Innovation Group;
The main asset is a non-residential building (lit. T), with a total area of ​​2,823.8 (two thousand eight hundred twenty three point eight) square meters, actual location: Kiev, st. Zakrevsky, d. 22;
As a cassation instance – the Cassation Economic Court as part of the Supreme Court of Ukraine, judges are real as the whole case.
To be continued …

You can read the continuation of the article and much more interesting things on the Bankruptcy and Liquidation website at the link: https://bankruptcy-ua.com/articles/14189