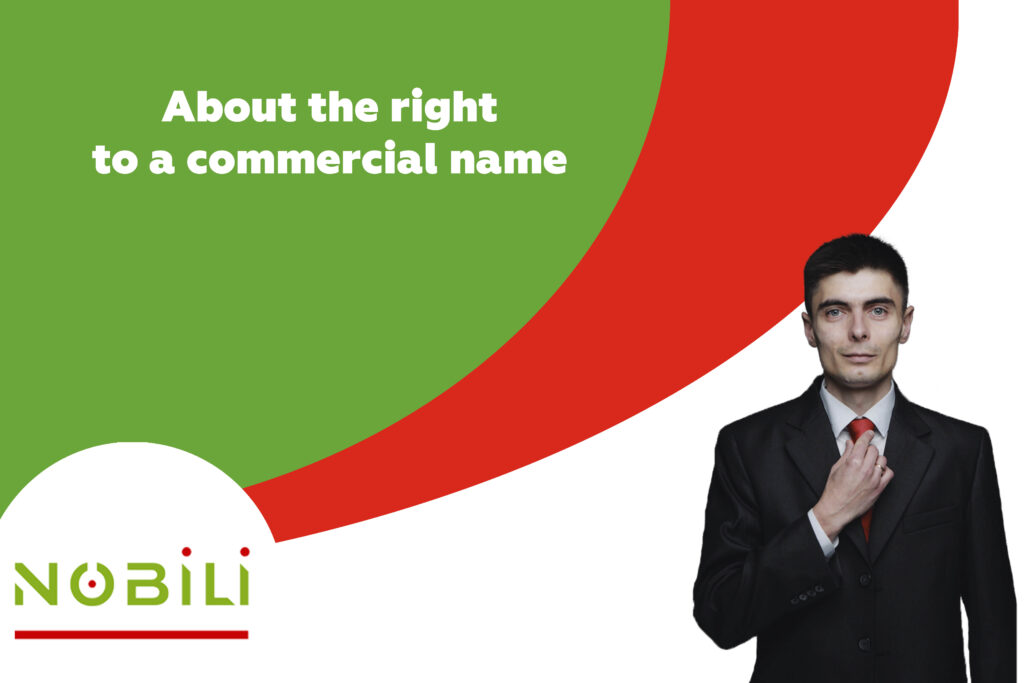 About the right to a commercial name

If you want to create a legal entity, you need to think very carefully about its commercial name and monitor the market for the presence of existing identical names or trademarks with such a name.

This should be done to avoid future problems that may arise if you choose the wrong name.

In general, legal protection is provided to a trade name if it makes it possible to distinguish one person from others and does not mislead consumers as to their true activities.

The intellectual property right to a commercial name is valid from the first use of this name and is protected without the mandatory submission of an application for it or its registration. Also, protection of a trade name is provided regardless of whether or not such a name is part of a trademark.

Individuals may have the same trade names, provided that this does not mislead consumers as to the goods they produce and (or) sell and the services they provide.

Both full and abbreviated commercial name are subject to legal protection if it is actually used by him in economic circulation.

After the first use of a commercial name, a person may have certain property rights to such a name, in particular:

2) the right to prevent other persons from illegally using the name.

3) the right to prohibit the use of the name.

4) the right to compensation for damages.

Intellectual property rights to a commercial name may be transferred to another person or terminated altogether.

Under the legislation on protection against unfair competition, use of name, commercial (brand) name, trademark (mark for goods and services) of an economic entity that has previously started to use them or similar designations in economic activity, which has led or may lead to to be mixed with the activities of this business entity is illegal.

Such misuse may result in a fine of up to 5% of income (revenue) from the sale of products (goods, works, services) for the last reporting year and worries to stop using the name.