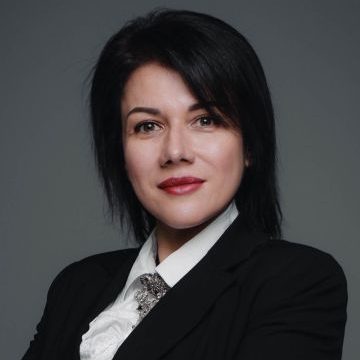 Natalia Tishchenko is one of the most experienced bankruptcy lawyers in Ukraine. Practicing arbitration manager since 2002 and lawyer since 2005. During her 22 years of practice, Natalya has handled 68 bankruptcy cases worth over USD 700,000,000 and has advised over 200 cases, including foreign investors and creditors (UniCredit Group, Olympic Casino, Ceragem and others). Natalia accompanies projects that are regularly included in the rating “50 Most Litigation and Arbitration Cases in Ukraine”.

Nataliya is a practicing lawyer, Insolvency Officer and certified mediator of the Ukrainian Mediation Center. Nataliya’s professional training in law, as well as economics and accounting allows us to comprehensively assess the benefits and risks of bankruptcy proceedings. Nataliya also has a higher education in economics and training in the field of accounting